Rushed through the dark streets of film Noir’s best scenery, sent through the misty roads of a city plagued with crime, that only one man can deliver into the light, that famed city is called Gotham. Too much Batman going through my mind? May be so! But we can certainly imagine Bruce Wayne driving around Gotham in one of these!

As we all know, Batman is secret about his identity. Thus Batman is Bruce Wayne, one of the wealthiest people in Gotham, living on the top of high society, running Wayne Enterprises and enjoying life. So when he’s not fighting crime in the city, he is living his playboy lifestyle, attending parties, social events, charity events and a Ferrari F458 Italia is one car he would certainly consider owning and driving!

But besides my personal fixation on Batman and Gotham City, this wallpaper by Dejan Sokolovski will bring you a really cool desktop picture, no matter what your movie character favorites are. We got word from the author that there are more shots of this magnificent car, so we’ll bug him ’till he hands them over to us! 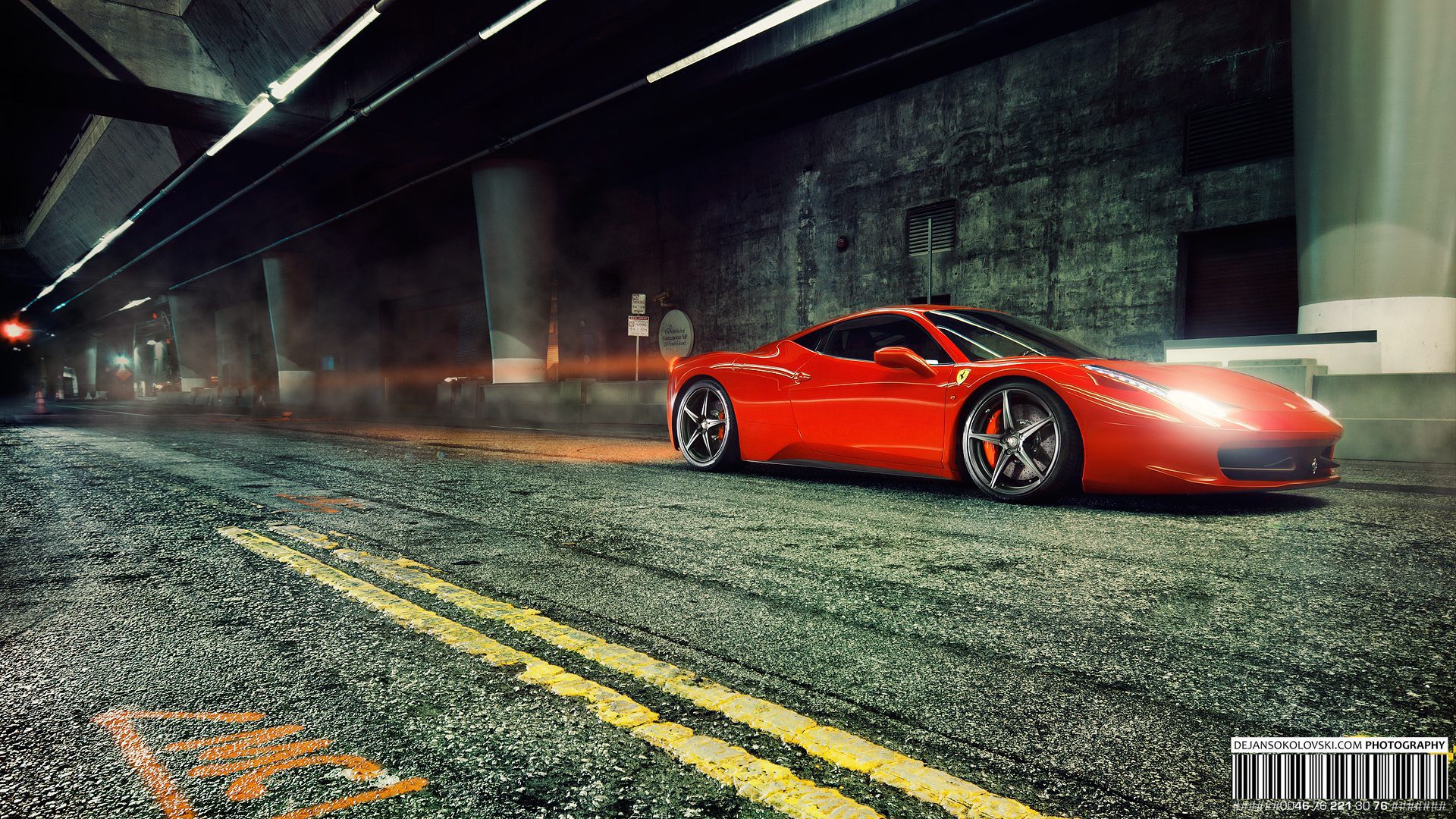 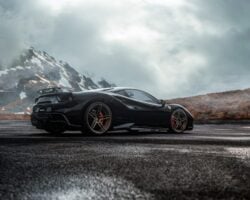