Automobili Lamborghini has released their sales and delivery figures for 2012 and it’s interesting to see a luxury car maker make such big improvements in percentage over the last year, all in a market riddled with recession and similar economic events. It makes us really have that their worldwide delivers grew by 50% and they delivered 2,083 units to lucky people all over the globe. Impressive numbers. To say the least.

“In spite of ongoing worldwide financial and economic uncertainties, Lamborghini has delivered a very satisfying performance in 2012, confirming the strength of our product and commercial strategy. We will continue to invest in the development of our product range to address further growth in the future,” said Stephan Winkelmann, President and CEO of Automobili Lamborghini S.p.A.
“As a global acting company we have a balanced sales distribution which helped us to compensate downturns in specific markets. In 2012 we sold more than 70% of our production outside Europe.”

The growth is driven by the first full year of sales for the new Aventador LP 700-4 (922 units) while the Gallardo (1,161 units) confirms its status as the most successful Lamborghini ever with an almost stable performance compared to 2011 and reaching a total of more than 13,000 cars delivered since its launch.

Lamborghini is a global brand and sales distribution is well balanced among the three regions: Europe 29%, America 28% (of which USA is 25%) and Asia Pacific 35% (of which China accounts for 15%). The Middle East and South Africa account for 8%.

Despite global market headwinds especially in the segment of the super sports cars which still has not recovered to the levels of 2008, Lamborghini grew in Europe by 34% versus 2011, in the Americas by 50% (USA +53%) and in Asia Pacific by 9%.

In 2013 the Aventador LP 700-4 Roadster, the most extraordinary open top super sports car, has joined the successful coupé. Initial pre-order expectations for this model have been exceeded and the order bank for both versions covers the next 15 months.

“Beside the existing models Gallardo and Aventador we will continue, as part of our product strategy, the approach of manufacturing uncompromising, street-legal One-Off’s such as the Lamborghini Veneno, which has been successfully presented at this year’s Geneva Motor Show as a homage to our 50th anniversary,” said Winkelmann. 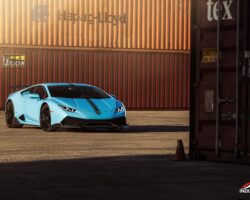 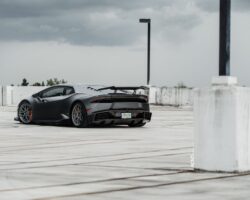 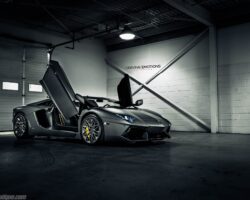